Here we are going to predict the expected cutoff of DSSSB pharmacist exam post code 2/18 on the basis  of candidates feedback and past years trends of cutoff. Lets first see the previous year trends.

DSSSB conducted pharmacist exam in 2015 for MCD, NDMC and GNCT ( Delhi government). The seats in MCD were around 75. The final selected top rank candidate scored around 140 marks out of 200 and last candidate in general category scored around 90 marks. We could recollect only this much.

The DSSSB pharmacists exams for year 2015 and 2017 were conducted in 0ffline mode. Thus year first time pharmacist exam was conducted online. Candidates were allowed to open only one section one time. After completion of one section can proceed to next section. Due to new format many candidates faced difficulty in time management. But cutoff for general category will not be much low because number of seats are only 6.

The standard of the examination was harder than previous years. The normalization procedure will be followed. So the marks of candidates with harder shift is expected to increase. The number of vacancies are 251, 6-UR, 146 OBC, 55 SC, 44 ST.  Among these 111 are reserved for ex-servicemen and 40 for PH

Both 1 november and 4th november Exams are over now. Based on past trends and candidates feedback below are expected cutoffs ranges. Cutoff for general candidates is high because seats are only 6 including PH, EXM.

Expected Cutoff for the SC and ST seats 62 +-5 marks

Salary Of Drug Inspector And Drug Control Officer In India

Salary Of DSSSB Pharmacist In India After Seventh Pay Commission 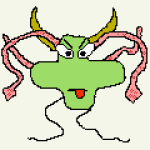