Supreme Court on 5 march 2020 has declared that Pharmacy council Of India (PCI) Acts Will prevail over AICTE in pharmacy education. Court ask to remove reference to pharmacy as technical education under AICTE act. So now pharmacy colleges legally require only PCI approval.

The case was filed by pharmacy colleges who face dual regulation of AICTE and PCI. Where AICTE allow some things and PCI refuse the same, leading to obscure legal environment for pharmacy education. Colleges won the cases in lower courts but PCI filed petition in supreme court and won the case.

Supreme court ruled that where there is existence of specific regulatory body, like in medicine, nursing, architecture etc. no other body such as AICTE is required there. It refuted AICTE claim that PCI can only regulate diploma course.

As per order Pharmacy Act will prevail over AICTE Act. Here is the detailed supreme court order.

AICTE in response to this court order has issued communication for pharmacy colleges.

To give effect to his order AICTE will remove reference to pharmacy as technical education from AICTE Act.

This order has far reaching consequences as PCI become powerful body regulating the pharmacy education. If this position is utilized properly PCI can get pharmacy status it deserve. Below are in brief discussing impact of this order.

Pharmacy Not An Technical Education Under AICTE ? 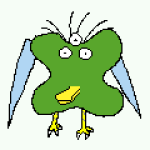