In march 2019 Odisha government has published notification, officially implementing the pharmacist cadre service rules in the state of Odisha. Now pharmacist in Odisha can be promoted up-to the level of Assistant director.

Odisha Pharmacist rules have created posts of senior pharmacists, chief pharmacist, assistant director pharmacist. Promotions will not be time bound but will depend on the number of vacancy and selection exam, after minimum service years conditions are satisfied.

It will have to be seen how many vacancies are created at each level. Entry grade pay or qualification is not upgraded so most pharmacists will not benefit. It seems only few will benefit from promotion that too after putting enough years of service.

See the complete notification below:

Pharmagang urge pharmacist to unite for uniform and respected entry pay for pharmacist all over India. Joint Efforts should be made for proper cadre system and implementation of pharmacy practice rules 2015. 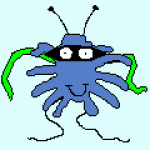