Punjab Haryana high Court has ordered state government of haryana to implement pharmacist cadre in state.  This order was issued on 15 February 2018.

High court has given six months to implement pharmacist cadre in the state. More than 850 pharmacists working in the Haryana state will benefit from this.

Update: ESI healthcare Haryana has prepared a blueprint for the implementation. pharmacist will be appointed on starting pay scale of 4200. View the blueprint below.

Court had held that cadre should be structured on  the basis of decision of central administrative tribunal decision, and the cadre in neighboring states.

Currently pharmacist are appointed as pharmacist and retire as pharmacist in many states. Once cadre implemented they will be able to reach upto the post of director, which is monopoly of only doctors currently.

Even neighboring state Delhi has no pharmacist cadre. whereas UP and Uttarakhand have cadre.

If you need high court order relating to Haryana pharmacist cadre. we are providing the court order PDF.

This order will benefit pharmacists working in Haryana state health department and ESI hospitals. This also provides a boost to effort for cadre demands in other states.

1 thought on “Pharmacist Cadre In Haryana To be Implemented Soon” 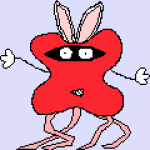